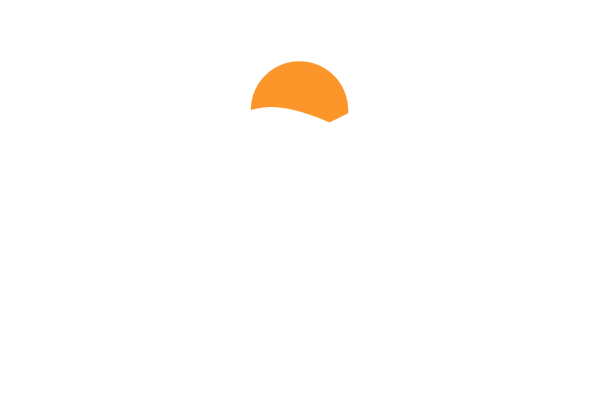 Chatsworth House is indisputably the jewel in the Peak District’s crown, the foremost of all Peak District attractions.

Home to the Cavendish family since the 16th century, it is a magnificent English country house set in over 1,000 acres of parkland. It is rightly top of the list of attractions for visitors to the area, and there is more than enough to keep the whole family occupied for a full day here.

Chatsworth House is beautifully situated on the banks of the River Derwent, surrounded by wooded hills and lush pastureland, on which graze herds of red and fallow deer. Much of the grounds are open to the public free of charge and feature beautiful woodland and riverside walks through the stunning Derbyshire countryside.

Haddon Hall is acclaimed as one of the most beautiful medieval manor houses in the whole of England, and rightly so. It’s an absolute must-see for any visitor to the Peak District.

Haddon Hall’s castellated stone walls are covered with ivy and climbing roses, and its perfect setting on a hillside overlooking the River Wye is straight out of a romantic fairytale.

It’s no small wonder, then, that Haddon Hall has featured in the works of countless artists and writers through the centuries. More recently it has also been a favourite location for film-makers, featuring in Jane Eyre, Pride and Prejudice, Elizabeth, The Princess Bride and The Other Boleyn Girl. Put Haddon on your list of Peak District attractions to see whilst you are visiting.

Although technically just outside the boundary of the National Park, the magnificent Hardwick Hall and its estate should still be on the itinerary of any visitor to the Peak District. There are actually two halls here: the Old Hall is now ruined but great fun to explore, while the elegant ‘New’ Hall (built in the 16th Century) has been restored to its original glory by the National Trust. There are also extensive formal gardens, parkland with family woodland trails, a lovely restaurant and a National Trust shop.

Hardwick Hall is a leading example of an Elizabethan country house, situated in a wonderful hilltop position overlooking the Derbyshire countryside. It was built by the fascinating Bess of Hardwick in the 1590s and remained in the hands of her descendants until it was handed over to the National Trust in 1959.

Hardwick Hall was intended to be a grand statement of Bess’s status and wealth, as is evidenced by the many large windows, added at a time when glass was a particular luxury. This led to the saying, ‘Hardwick Hall, more glass than wall’.

Sudbury Hall, managed by the National Trust, is a stunning late 17th Century country house in the pretty village of Sudbury, close to Ashbourne in Derbyshire, just outside the Peak District National Park.

In the Servants’ Wing of Sudbury Hall, itself dating from the 19th Century, is the fascinating National Trust Museum of Childhood. This nostalgic trip along memory lane features toys and games from every era, as well as an exploration of childhood in years gone by.

There’s a National Trust bookshop, gift shop and café on site at Sudbury Hall too, and in the neighbouring courtyard a beautiful collection of independent shops and cafes, Sudbury Courtyard. It’s a perfect day out for the whole family to enjoy.

The area known as Padley Gorge is actually part of the larger Yarncliffe Wood, which in turn is part of the Longshaw Estate, and the whole area is owned and managed by the National Trust. The wooded area is surrounded by fabulous open moorland, bright with purple heather in the summer months.

This is an area of ancient human habitation. You’ll find the remains of stone circles and prehistoric settlements on the moors to the north and east of Padley Gorge, and the Iron Age fort of Carl Wark, a scheduled ancient monument, looks down on the site from the horizon.

The northern edge of Padley Gorge, where Burbage Brook leaves the edge of Burbage Moor and runs towards the National Trust estate at Longshaw, is extremely popular with families in the summer months.  The shallow streams, shady trees, pretty wooden footbridges and large flat rocks – perfect as stepping stones – make the area a haven for children. This is one of the best Peak District attractions if you want to get back to nature and explore woodlands and moors.

Tissington Hall, built by Francis FitzHerbert in 1609 to replace the moated manor house to the north of the church, it has served the FitzHerbert family as their main home for the best part of 400 years.

Tissington is about as perfect a Peak District village as can be imagined. The prettiest of stone cottages are clustered around a gracious stately home, Tissington Hall, in a village complete with a duck pond, six ancient wells, a beautiful church and a lovely tea shop. Another one of the Peak District attractions to put on the list that is close to Ash Tree Cottage.

From Bluebell photography walks, to Woodland and Waterfalls, Moors and Edges, through to photography tours of the Peak District.

On a day with Let’s Go Peak District you will learn how to get the best from your camera, no matter what camera you have. The team will help you to move away from Auto and explore the camera’s manual settings, including, setting the aperture, ISO, and also shutter speed, and taking control of focussing. The days are paced so that there is plenty of time for one to one attention, and chance to experiment and play. www.letsgopeakdistrict.co.uk

One of the best Peak District attractions for those that like to adventure both in and on the water. Carsington Sports and Leisure have been providing training courses for professionals and amateur enthusiasts for many years in water based activities.
www.carsingtonwater.com

Crich Tramway Museum is a major tourist attraction of the area, near to Matlock
www.tramway.co.uk

Gulliver’s Theme Park is a family theme park designed to cater for families with children between the age of two and thirteen.
www.gulliversfun.co.uk

The Heights of Abraham

One of the best Peak District attractions, your visit to the Heights of Abraham starts with a spectacular cable car ride but there is much more to see and do once you are at the summit. By exploring our web site you will soon come to realise that it is just part of a unique place to visit.
www.heightsofabraham.com

For the adventurous, this is probably the best Peak District attractions not to miss. Go-Ape Buxton as an eco-educational experience in the respect that participants absorb valuable risk assessment and risk management skills, whilst having a naturally thrilling time on an environmentally responsible and sustainable activity.
www.goape.co.uk

Poole’s Cavern is a 2 million year old, natural limestone cave situated in the beautiful woodland of Buxton Country Park. One of the great caves of the Peak District.
www.poolescavern.co.uk